After the Grenfell disaster, fire behavior of facades has been a topic of great interest. Nevertheless, understanding such façade fires is very complex as it is a combination between various products (insulant, cladding, cavity barriers) and system parameters (mounting and fixing, singularities such window frames). It can only be properly assessed with fire tests of the complex systems at a sufficient scale.

In autumn 2017, Kingspan, one of European leaders of insulation products, requested Efectis to perform a series of façade build-up tests according to ISO 13785-1 with additional heat release rate and toxic gas measurements. The test method looks like a one-third scale of the BS 8414-1 test. Heat release rate and toxic gas analysis give an important added value to the test method.

Tests performed covered different combinations of insulants and Aluminum-Composite Materials (ACMs) outer claddings. 9 tests have been performed, combining 3 grades of ACM and 3 insulants (Kingspan Kooltherm K15 foam, polyisocyanurate foam and mineral wool). Mounting and fixing were very close to those used in UK Government BS8414 tests performed at BRE, with cavity barriers and 50 mm cavity. Unlike the BRE tests, the tests on the ACM PE were not extinguished thus giving results in the fire growth, the fire intensity as well as in the decay stage of the fire.

The tests with the two best grades of ACM (ACM A2, deemed to be limited-combustibility and ACM FR, claimed to be flame-retarded) present very similar results on fire propagation and heat release whatever insulant of the three mentioned used . Toxic gas analysis highlighted CO and CO2, as main gases issued from the combustion of the cladding, representative of a well ventilated combustion. All other toxic species were issued in insignificant amount. However, all the 3 tests performed with ACM PE outer cladding (the worst grade) gave very intense and brief combustion. For these tests, the ACM PE burns quickly and the integrity of the cavity is not ensured, meaning that the cavity barrier is of no effect. The combustion of the ACM PE is so fast that the contribution of the insulants remains negligible. Thus, very similar results are observed whatever the insulant was. Combustion products are mainly those from well-ventilated combustion of cladding, with a lot of unburnt hydrocarbons in addition to CO and CO2.

These tests confirmed the very important contribution of the ACM PE to fast flame propagation and intense fire shown during the Grenfell disaster, and the importance to evaluate façades properly as a whole system in appropriate scale tests. They confirmed the UK Government BS8414 tests performed at BRE, but nevertheless presenting additional quantitative gas and heat release analysis. 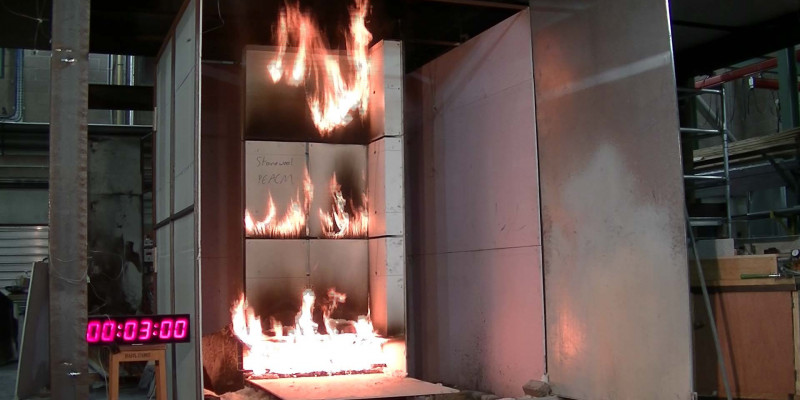 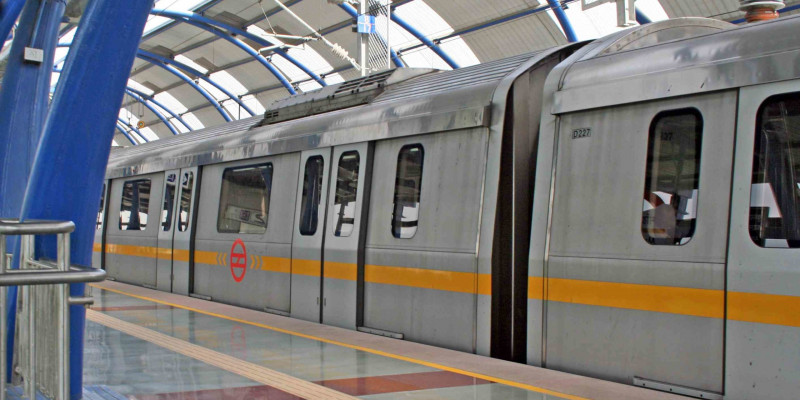