Efectis conducted a successful fire test according to EN 13381-8:2003 standard for Firelanz SL on short unloaded beams protected by an intumescent coating.

In total 9 unloaded short I-section beams were tested. The length of each beam was 1000 mm. The coating and primer thicknesses were measured by an external consultant. The beams were mounted to the ceiling of the furnace and the ends of the beams were protected in accordance with the EN 13381-8:2013. The beams were heated from three sides.

During the test the intumescent coating expanded and created a protective layer for the steel beams. Intumescent coatings are one of the ways to protect steel against high temperature during a fire. 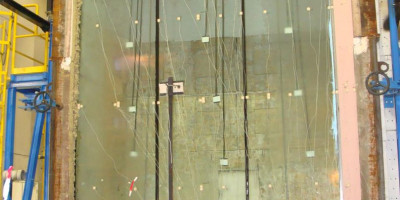